Reality vs. Illusion: People Have Been Robbed of Their Ability to “Decipher Between Fact and Fiction”

CIA Director, William Casey is reputed to have said to Ronald Reagan ‘We’ll know our disinformation is complete when everything the American public believes is false.’

Fast forward thirty years, and there’s no piece of fiction the masses will not swallow. From Woke to COVID to the war in Ukraine, people no longer make their own ideological pilgrimages to the truth – the truth is served oven-ready by their political betters.

Nowadays, there’s little distinction between the two hemispheres: reality and illusion. It’s not so much that people have been robbed of their ability to decipher between these two, it’s that facts have been reoriented into fiction and fiction into facts.  It’s a degradation of epistemology so momentous, that people don’t even know that they don’t know that they don’t know what’s happening, to quote one former anarchist.

In the grand scheme of things, humanity has perjured themselves and life as we know it has morphed into a sort of science-fiction, soap-opera with few common ancestors to reality. Even right-thinking folks require the equivalent of a cerebral chainsaw to hollow out the slew of implausible narratives into something remotely resembling reality. It goes beyond fiction to predictive programming. They’re not just deceiving you; they’re showing you that they’re deceiving you.

What is neither here nor there to the deceived is the track record of their deceivers. Before the ink dried on the newsprint proclaiming the crisis in-waiting, the falsifications of COVID were buried under the falsehoods of war, Zelensky’s standing ovation at Westminster knocked Pfizer’s data release off the rostrum and those formerly joined at the hip to COVID got hitched to their Ukrainian brides. 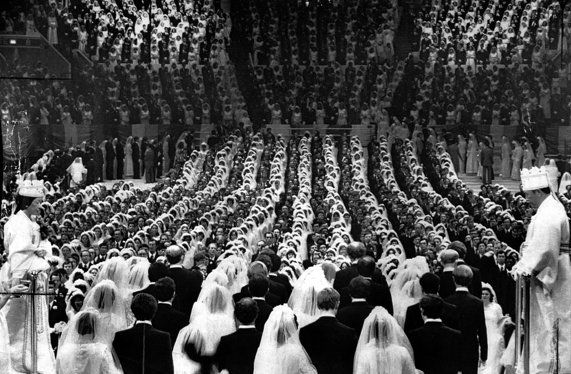 This entire fiasco holds water because what people think they know for sure, that just ain’t so, is a consensus.  A preponderance of fabrications, falsehoods and false prophets governs the spiritual milieu. People worship the prosaic and glorify artifice. Our moral choices are guided by platitude and not virtue, anecdote and not evidence.

There’s a war raging, alright, but you will find its theatre of operations inside the human psyche. It is a war on consciousness, an atrophy of culture and its stark consequences is the spiritual malaise of humanity.

Freemasons, for one, understood that information was power. Concealing beyond the prying eyes of the lower orders, the esoteric mysteries of the universe.

Then as now, it’s not enough for these people to hold a monopoly over knowledge, they must deprive everyone else of its illumination, or go one further and spread ignorance. It goes beyond censoring counterarguments to fomenting falsehoods, It’s not so much societal breakdown but self-immolation. People are being misinformed and stupefied and sent out as agents of disinformation to further deconstruct what’s left of an already deconstructed reality.

To make matters worse, precisely zero lessons have been learned these past two years. People flounder from one crisis to the next. Walk aimlessly from quarantine camp to air-raid shelter into whichever direction their political higher-ups point them, to deride whoever is nominated as the scourge of society, de jour. The great national pastime is to gather at the pillories and hurl cabbages at anti-vaxxers, Russians, (insert your antihero here).

If all this sounds remarkably like an info-war, then it probably is.

The battle for hearts and minds has moved online. Our divine spark of life is being overhauled to data. Something of divine proportions compels us to the internet, to data – our daily bread (and circuses), our digital avatars living richer, more meaningful lives than their truant owners.

What ceases to be worth the candle is the epistemology of our data.

It doesn’t matter which side of the fence you’re on – a card carrying member of the great awakening or useful idiot on the lockdown left, you’re still part of the same problem. You have been taken hostage by a series of narratives laid on with a shovel by the predator class and designed for the sole purpose of keeping you rapt and not informed, sedentary and not spirited. In the world of algorithms everyone is created equal, and data is just data, there’s no morality to it.

These events play out as a nail-biting whodunnit, but the reality is, they’re not supposed to be solved. There’s no answers nor restitution, it’s your attention and not your belief systems which is being harvested.

What these hellhounds want is for you to pick your side, choose your battle, but make sure your battlelines are social media, and that you’re not throwing Molotov Cocktails at the Tower of Babel.

Everyone has a dog in the fight.  Particularly, those baying for the blood of the unvaccinated or calling for violence against Russians, who do so, according to Voltaire, because those who can make you believe in absurdities, can make you commit atrocities.

If a person’s psyche is under siege and they don’t designate an enemy to scapegoat, they might get wise to who’s really attacking them, and that simply wouldn’t do.

In this theatre of the absurd people acclimatise to fiction because it’s easier than confronting uncomfortable truths. But under these fertile conditions any version of reality, no matter how precarious, will wash. That’s where the Great Reset enters the fray.

Once you desecrate a person’s moralistic and cultural maps of the world, their place in it becomes increasingly untenable. People lose touch with reality and what it means to be human. The ensuing crisis of identity leaves them susceptible to hostile takeover.  Amongst other things that could possibly go wrong is the eventual microchipping of the population and brain machine interfaces.

But there are even stranger things brewing.  Predictive Programming is the theory of a hidden hand operating the levers of reality. A sort of reality adjustment bureau obfuscating real world events through film, literature and media manipulation. The fundamental principle here is psychological conditioning that reduces people’s resistance to the acceptance of planned future events and encourages them to swap concrete reality structures for static constructs, until eventually, our inherited world view is replaced by mythos and archetypes.

That we are living through the objectification of the predator class is no moot point. That’s their messiah complex imprinted onto the collective consciousness and projected back onto the real world. By their own volition, the masses are breathing life into these grotesqueries and blotting the social fabric.

Revelation of the Method

But it runs even deeper than predictive programming. Some call this Revelation of the Method.

According to Michael Hoffman: first they suppress the counterargument, and when the most opportune time arrives, they reveal aspects of what’s really happened, but in a limited hangout sort of way.

We were told the vaccines were harmless, until Pfizer debased their own safety claims, but not before the entire world had been vaccinated. Lockdown Apologists across the corporate media are now almost unanimous that lockdowns do more harm than good. This is no arbitrary volte-face, but rather a carefully planned sequence of disclosures when the time is ripe.

Michael Hoffman suggests that the ruling elite are giving notice of their supremacy. Declaring themselves virtuoso criminal masterminds, who are above the law and beyond reproach. But most of all, they are telling you, in no uncertain terms, that you are without recourse, these events are beyond your control, as is your own destiny for that matter. Eventually a sense of apathy and abulia engulfs humanity, demoralising us to the point of conceding defeat to a system we are powerless to change.

Not that you would ever have restitution. The house is not designed to do its own housekeeping. Buried deep within their rule of law, is a hidden constitution that states: nothing happens without your consent. In this version of contract law, once the truth is hidden in plain sight, you have agreed to it. There exists someplace an unsigned contract with your unsworn oath on it.

In the end, we’re all victims of the same masterstroke, whether keyboard evangelist or state-apologist, everyone is being royally screwed, and it’s not so much that they’re laughing at you, it’s that you’re laughing at yourself.

Dustin is a writer and researcher based in London who has been writing about the New Normal these past two years, particularly the ethical and legal issues around lockdowns and mandates, the history and roadmap to today’s biosecurity state, and the key players and institutions involved in the globalised takeover of our commons.

Aside from COVID-19, Dustin writes about the intelligence state, big tech surveillance, big philanthropy, the co-option of activism and human rights.