The seven-day suspension was announced by Robby Soave, who co-hosts The Hill’s show called “Rising,” together with Ryan Grim and Kim Iversen.

In an article published by Reason, Soave wrote: “Last night, we learned that YouTube had suspended The Hill’s entire account for the next seven days, preventing us from publishing new videos. The reason was election misinformation, stemming from two previous videos.” 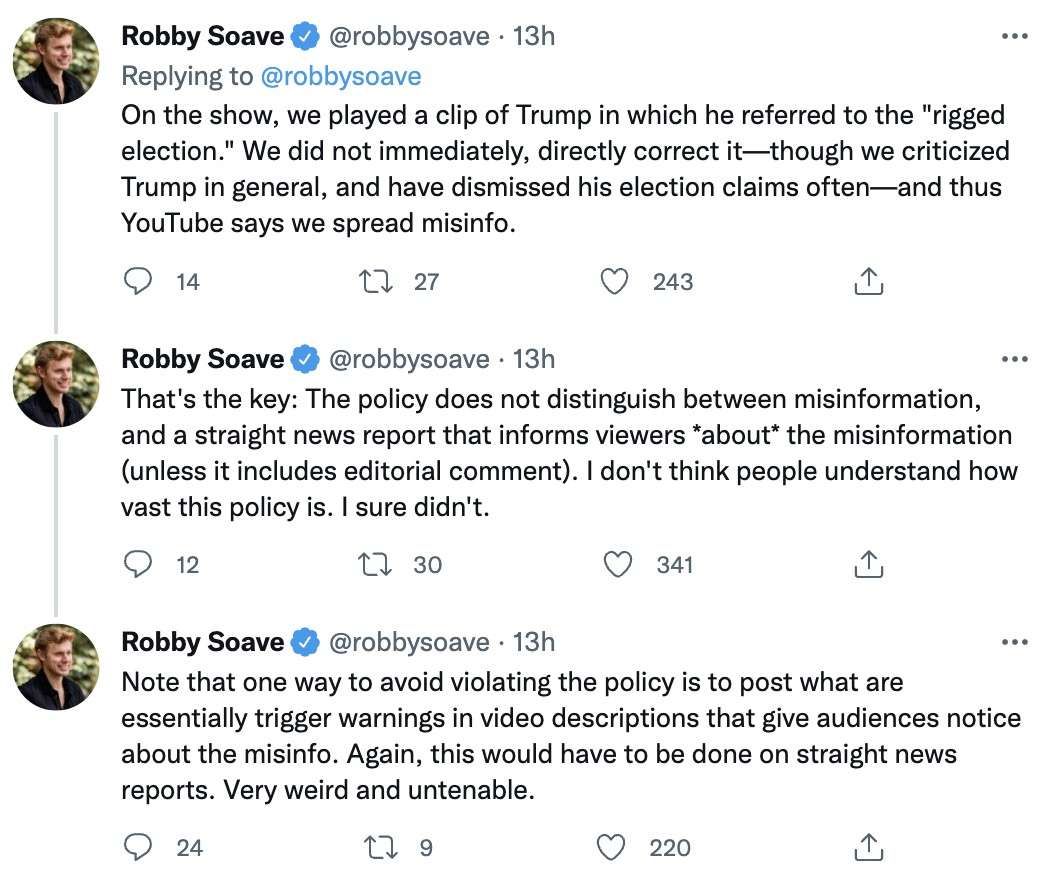 One of the videos showed footage of President Trump claiming election fraud during a Conservative Political Action Conference (CPAC) event. The other video featured Trump claiming the election was rigged during an interview with Fox News’ Laura Ingraham.

“We may allow content that violates the election integrity policy noted on this page if the content includes additional context in the video, audio, title, or description.”

The Hill does not agree with Trump on the issue of election fraud and the purpose of the videos was to debunk the election fraud claim – yet YouTube censored it anyway.

“No one who has watched Rising, read my work at Reason, or read Grim’s work at The Intercept, could possibly come away with the impression that either of us thinks the 2020 election was rigged. We have criticized that false claim, both on the show and in our respective publications,” Soave explained.

He criticized YouTube for punishing news outlets for reporting the news.

“I understood that the platform would punish content creators who made false statements about the election. I had no idea that YouTube would punish news channels for reporting the news,” he wrote.

Article cross-posted from Reclaim The Net.