Winter Is Coming: Pandemic Panic Theater Is Already Ramping Up

Winter is coming … and you know what that means.

They’ve got their work cut out for them this time. Seriously, how much more mass hysterical could the New Normals possibly get at this point?

The vast majority of the Western world has been transformed into a pseudo-medical dystopia in which you have to show your “health-purity papers” to enter a café and get a cup of coffee. People who refuse to get experimentally “vaccinated” against a virus that causes mild-to-moderate symptoms (or, often, no symptoms whatsoever) in about 95% of the infected, and the overall infection fatality rate of which is approximately 0.1% to 0.5%, are being systematically segregated, stripped of their jobs, denied medical treatment, demonized as “a danger to society,” censored, fined, and otherwise persecuted.

If you think I’m overstating the case, look at the front page of this Australian newspaper …

Yes, the Great New Normal Purge is on. “The Unvaccinated” and other infidels and heretics are being hunted by fanatical, hate-drunk mobs, dragged before the New Normal Inquisition, and made examples of all over the world.

Here in New Normal Germany, popular footballer Joshua Kimmich is being publicly drawn and quartered for refusing to submit to being “vaccinated” and profess his faith in the New Normal World Order. In the USA, “the Unvaccinated” stand accused of murdering Colin Powell, an 84-year-old, cancer-ridden war criminal. Australia is planning to imprison people and fine them $90,000 for the “crime” of not wearing a medical-looking mask, or attempted worship at a synagogue, or whatever. In Florida (of all places), fanatical school staff tied a medical-looking mask to the face of a non-verbal Downs-syndrome girl with nylon cord, day after day, for over six weeks, until her father discovered what they were doing. I could go on, but I don’t think I have to.

The Internet is brimming with examples of mass-hysterical and sadistic behavior.

And that’s not to mention the mass hysteria rampant among the New Normals themselves … for example, the parents who are lining up to get their children needlessly “vaccinated” and then rushed into the emergency room with “totally manageable myocarditis.” 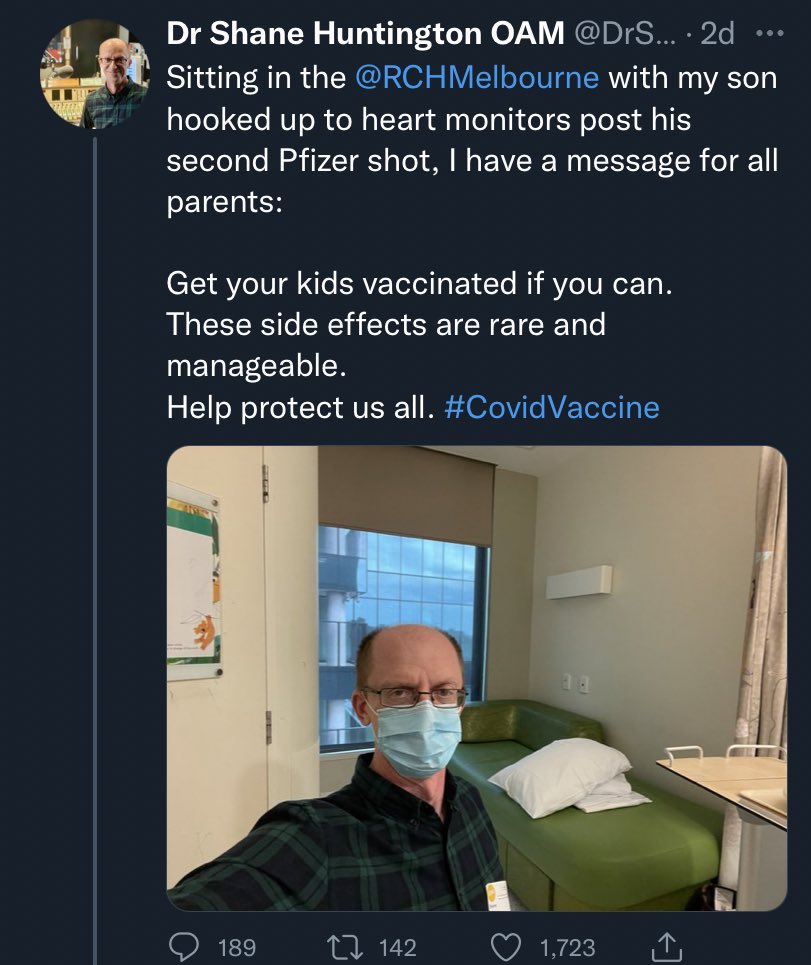 Still, as mass hysterical as things are, count on GloboCap to go balls out on the mass hysteria for the next five months. The coming Winter is crunch time, folks. They need to cement the New Normal in place, so they can dial down the “apocalyptic pandemic.” If they’re forced to extend it another year … well, not even the most brainwashed New Normals would buy that.

Or … all right, sure, the most brainwashed would, but they represent a small minority. Most New Normals are not fanatical totalitarians. They’re just people looking out for themselves, people who will go along with almost anything to avoid being ostracized and punished. But, believe it or not, there is a limit to the level of absurdity they’re prepared to accept, and the level and duration of relentless stress and cognitive dissonance they are prepared to accept.

Most of them have reached that limit. They have done their part, followed orders, worn the masks, got the “vaccinations,” and are happy to present their “obedience papers” to anyone who demands to see them. Now, they want to go back to “normal.” But they can’t, because … well, because of us.

See, GloboCap can’t let them return to “normal” (i.e., the new totalitarian version of “normal”) until everyone (i.e., everyone who matters) has submitted to being “vaccinated” and is walking around with a scanable certificate of ideological conformity in their smartphones. They would probably even waive the “vaccination” requirement if we would just bend the knee and pledge our allegiance to the WEF, or BlackRock, or Vanguard, or whoever, and carry around a QR code confirming that we believe in “Science,” the “Covidian Creed,” and whatever other ecumenical corporatist dogma.

Seriously, the point of this entire exercise (or at least this phase of this entire exercise) is to radically, irrevocably, transform society into a monolithic corporate campus where everyone has to scan their IDs at every turn of an endless maze of perpetually monitored, eco-friendly, gender-fluid, ideologically uniform, non-smoking, totally meat-free “safe spaces” owned and operated by GloboCap, or one of its agents, subsidiaries, and assigns.

The global-capitalist ruling classes are determined to transform the planet into this fascistic Woke Utopia and enforce unwavering conformity to its valueless values, no matter the cost, and we, “the Unvaccinated,” are standing in their way.

They can’t just round us up and shoot us — this is global capitalism, not Nazism or Stalinism. They need to break us, to break our spirits, to coerce, gaslight, harass, and persecute us until we surrender our autonomy willingly. And they need to do this during the next five months.

Preparations therefor are now in progress.

In the UK, despite a drop in “cases,” and the fact (which the “authorities” have been forced to acknowledge) that the “Vaccinated” can spread the virus just like “the Unvaccinated,” the government is preparing to go to “Plan B” and roll out the social-segregation system that most of Europe has already adopted. In Germany, the “Epidemic Emergency of National Importance” (i.e., the legal pretense for enforcement of the “Corona restrictions”) is due to expire in mid-November (unless they can seriously jack up the “cases,” which seems unlikely at this point), so the authorities are working to revise the “Infektionsschutzgesetz” (the “Infection Protection Act”) to justify maintaining the restrictions indefinitely, despite the absence of an “epidemic,” or an “emergency.”

And so on. I think you get the picture. This Winter is probably going to get a little nutty … or, OK, more than a little nutty. In terms of manufactured mass hysteria, it is probably going to make Russiagate, the War on Populism, the Global War on Terror, the Red Scare, and every other manufactured mass-hysteria campaign you can possibly think of look like an amateur production of Wagner’s Götterdammerung.

In other words, kiss reality (or whatever is left of reality at this point) goodbye. The clock is ticking, and GloboCap knows it. If they expect to pull this Great Reset off, they are going to need to terrorize the New-Normal masses into a state of protracted pants-shitting panic and uncontrollable mindless hatred of “the Unvaccinated,” and anyone challenging their rule.

A repeat of the Winters of 2020 and 2021 is not going to cut it. It is going to take more than the now standard repertoire of fake and manipulated statistics, dire projections, photos of “death trucks,” non-overflowing overflowing hospitals, and all the other familiar features of the neo-Goebbelsian propaganda juggernaut we have been subjected to for over 18 months.

They are facing a growing working-class revolt. Millions of people in countries all over the world are protesting in the streets, organizing strikes, walk-outs, “sick-outs,” and mounting other forms of opposition. Despite the corporate media’s Orwellian attempts to blackout any coverage of it, or demonize us all as “far-right extremists,” the New Normals are very aware that this is happening. And the official narrative is finally falling apart. The actual facts are undeniable by anyone with an ounce of integrity, so much so that even major GloboCap propaganda outlets like The Guardian are being forced to grudgingly admit the truth.

No, GloboCap has no choice at this point but to let loose with every weapon in its arsenal — short of full-blown despotism, which it cannot deploy without destroying itself — and hope that we will finally break down, bend the knee, and beg for mercy.

I don’t know exactly what they’ve got in mind, but I am definitely not looking forward to it. I’m already pretty worn out as it is. From what I gather, so are a lot of you. If it helps at all, maybe look at it this way. We don’t have to take the battle to them. All we have to do is not surrender, withstand the coming siege, and make it to April.

Or, if the strikes, sick-outs, and “bad weather” continue, it might not even take that long.