Special interest donors are covering much of the cost for Texas Democratic lawmakers to stay in pricey Washington, D.C., hotel rooms, but Texas taxpayers are still losing close to $500,000 on expenses for a legislative session that isn’t happening.

Texas lawmakers who fled the legislative session in Austin for the nation’s capital ultimately will have to report all of the private money pouring in for the self-professed “fugitive” Democrats. That amount includes at least $600,000 from the political action committee of former U.S. Rep. Beto O’Rourke, who ran for president in 2020.

These Democrats have raised money from other sources as well to cover lodging, meals, and other expenses.

Racking up costs and private donations, more than 50 Democrats, along with 12 paid staffers, on Friday marked the halfway point of the special legislative session they abandoned back home. Democrats fled to deny the state Legislature’s Republican majority a quorum to vote on an election reform bill.

The session ends Aug. 6, after which the Democrats are expected to return home.

One Texas House Democrat said it’s costing the group $10,000 per day for hotel rooms and meals.

“We don’t know how long it’s going to take to beat back Republicans’ anti-voter bills. That’s why I need your help,” state Rep. Trey Martinez Fischer said in a tweet as the lawmakers were leaving Texas. “Every day we are away costs $10,000 for hotel and meals.”

We don't know how long it's going to take to beat back Republicans' anti-voter bills. That's why I need your help.

Every day we are away costs $10,000 for hotel and meals. Can you chip in $10 or more to support our fight against voter suppression?https://t.co/5GmO8aanhv pic.twitter.com/seKilISZ2U

As of Friday, the midpoint of the special session, taxpayers in Texas were spending at least $476,630 on a session that isn’t happening because of House Democrats’ exodus, according to an ongoing tally by GOP state Rep. Jared Patterson.

Just so you know…. pic.twitter.com/w4ResGfA89

More than five dozen House Democrats and paid aides took the trip to Washington. But state Rep. Chris Turner, chairman of the House Democratic Caucus, said on Twitter, “No tax dollars have been used for travel, meals, or any other accommodations.”

A3: No tax dollars have been used for travel, meals, or any other accommodations.

Texas is still losing money from a special session that isn’t happening because Democrats flew to Washington, Patterson explained.

“A session costs $43,000 per day and that equals a teacher’s salary,” the GOP lawmaker told The Daily Signal in a phone interview. “This is a conservative estimate that just looks at a couple of components.”

Those two components are the daily per diem of $221 for every day that a legislator is in session. The other is the increased budget to operate legislative offices during a special session.

“I don’t know anyone who thinks it’s better to choose fundraising in D.C. and lobbying Congress over their constituents in Texas,” Patterson said. “Texans believe you should show up for work.”

A small number of lawmakers reportedly said they would pay back their per diem to the state treasury.

“I’ll believe it when I see it,” Patterson said of Democrats’ forgoing their pay. “They haven’t yet, and have to fill out the paperwork to do so.”

KHOU-TV News reported that all the Texas legislators are continuing to receive their per diems.

The Texas House Democratic Caucus did not respond to inquiries from The Daily Signal for this article.

Texas Democrats have 30 days to report campaign contributions after the end of the session, set for Aug. 6. However, Texas lawmakers have until next April to report gifts—or something of value—in annual financial disclosures.

Ethics experts say private donors covering the cost of transportation, hotels, and meals most likely would be an in-kind campaign contribution to the state legislators, as opposed to a gift.

In addition to O’Rourke’s Powered by People PAC, the Texas House Democratic Caucus, the Mexican American Legislative Caucus, and the Texas Legislative Black Caucus are raising money for the Washington trip, The Texas Tribune reported.

“Whether something given to an officeholder is reported as a political contribution or reported as a gift depends on the intent for which it is given,” J.R. Johnson, general counsel for the Texas Ethics Commission, told The Daily Signal in an email, adding:

On the other hand, if something is given to an officeholder for any other purpose, the officeholder must report it as a gift, unless an exception applies.

Even though the money coming to the Texas Democrats isn’t expressly for campaign purposes, it is being used for matters related to their legislative jobs.

The Texas lawmakers met with Vice President Kamala Harris and with congressional Democrats to lobby for passage of national legislation to nullify most state voter ID laws and expand the controversial practice of ballot harvesting, among many other provisions.

“People who are engaged want [Texas House Democrats] to come back. If you debate this, if you lose, you lose,” Ennis told The Daily Signal in a phone interview. “Or you might get concessions. Leaving the state is not selling with the public.”

We’re building a new conservative news network. Based on responses from fellow patriots, we’re heading in the right direction.

It may be hard to believe based on what we’re seeing around the nation today, but there are many reasons to be hopeful. First and foremost, the false narrative that most of America hates traditional values or the foundations of our nation are finally being proven false. Despite the best efforts of globalists and Neo-Marxists, patriotic Americans are starting to unify in droves. Meanwhile, Joe Biden can barely muster a half-filled auditorium to deliver his message to the scant few watching CNN and the paid shills in the “crowd.”

The “silent majority” that drove Donald Trump to victory in 2016 and 2020 (yes, he won by a landslide but was robbed along with the American people) is finally starting to realize we cannot stay silent any longer. We used to win with our votes, but those are being stolen. We used to win with truth, but the radical left and their agents in mainstream media, Big Tech, and academia are building a post-truth society to drown out reality. Today, we are waking up to the realization that only through direct action and fearlessly spreading the truth can we overcome the nefarious forces working against us.

We are proud to be working our way up to the tip of the conservative media spear. Our network is growing. We’re establishing strong partnerships with like-minded news outlets and courageous journalists. Even as Big Tech suppresses us, the honest messages they’re trying to quash are finding their way to the eyes and ears of patriots across the nation. With the help of new content partners like The Epoch Times and The Liberty Daily, we’re starting to see a real impact. 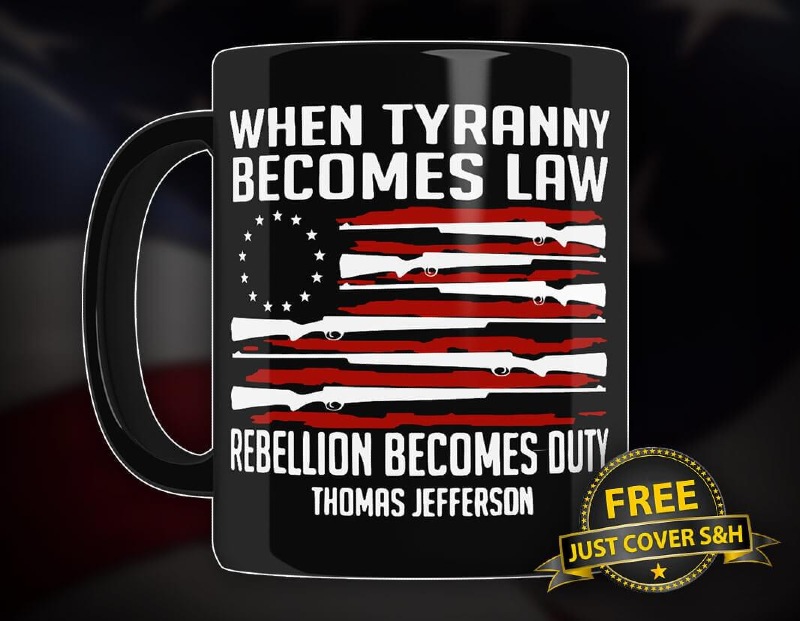