Editor’s Commentary: There are times when we have to decide just how “fringe” we’re willing to go. On one hand, there are plenty of odd and “shocking” stories published on many sites that are intended to draw people in. This is often referred to as “clickbait,” and they’re usually just poorly written references to a single suspicious action with a ton of commentary about how “shocking” it all is. On the other hand, we’ve seen some of the craziest stories turn out to be true.

The story below by S.D. Wells may seem too “fringe” on the surface, but after exploring the assertions I came to the conclusion that this may actually be true. The evil that has permeated mostly in the shadows throughout human history has become emboldened by a populace that no longer cares as much that it exists. Nihilism, skepticism, and an abundance of fake news make those who would normally balk at an action turn the other way in disbelief. Too few are calling out the tangible evils of this world even as they’re being presented to us openly. With all that said, here’s S.D. Wells…

The practice of black magic involves “witches” who use specific natural elements to cast “spells” that harm humans. Often, these witches commune with evil beings to create formulas or “potions” and recite incantations for casting those ritualistic spells. In the real world, the practice of “black magic” involves scientists in laboratories who use dangerous elements from nature to concoct vaccines and medications that harm humans.

Often, these pharmacologists and immunologists create potions from deadly animal venoms and viruses, then they collude with the CDC and FDA to promote their incantations (spells) for the populace to repeat, such as “safe and effective” or “benefit outweighs the risk.” This black magic, evil “witchcraft” is happening right now with COVID-19 “vaccines” and VenomTech laboratories for pharmaceutical prescription medications.

There is no more insidious way to “curse” humans than to make their “medicine” and vaccines toxic and lethal. Over $4 billion has been secretly paid out to those families of injured and killed victims of vaccine violence, and billions more to those whose health and lives have been destroyed by prescription medications, including those of the opioid epidemic.

Incantations about the “safety and efficacy” of vaccines have been propagandized by the medical industrial complex and regulatory agency heads, namely Anthony Fauci and Rochelle Walensky. The push for population reduction using the witchcraft of vaccines and pharmaceuticals is nothing short of pure evil. Nature has been corrupted in laboratories to make humans sick by means that would never exist without mankind’s interference, intervention and malicious intent.

Pharmaceutical medications are made using potent, venomous toxins and peptides from snakes, scorpions, spiders and cone snails that target and cripple human systems

Occult potions and poisons are nothing new. In ancient Greece, “pharmakon” was the root word for our modern “pharmacy,” where magical stews and potions were brewed in large cauldrons. There was much crossover between “magic” and religion, just as we see the evil lab concoctions that make up “vaccines” and prescription medications form the new “religion” that all Western medicine is “safe and effective,” though it’s just the opposite – dangerous and deadly.

Left-wing extremists believe in sacrificing children to the devil, and that’s why they push so hard for late-term abortions (including day-of-birth killings) and vaccine-induced miscarriages. The COVID vaccines have already been nicknamed the “morning after pill” for these reasons.

Drugs and vaccines are used for personal power and control by the elite over the populace, and “underworld” forces are at play. The following are some examples of the parallel between evil alchemy and modern “medicine.”

Can you tell the difference in the pictures above between vaccine damage and poisonous snake bite damage?

Look at the diagram below to see how VenomTech assists the pharmaceutical industry in using deadly animal venoms, toxins and peptides to literally “exploit” the effects on human beings. 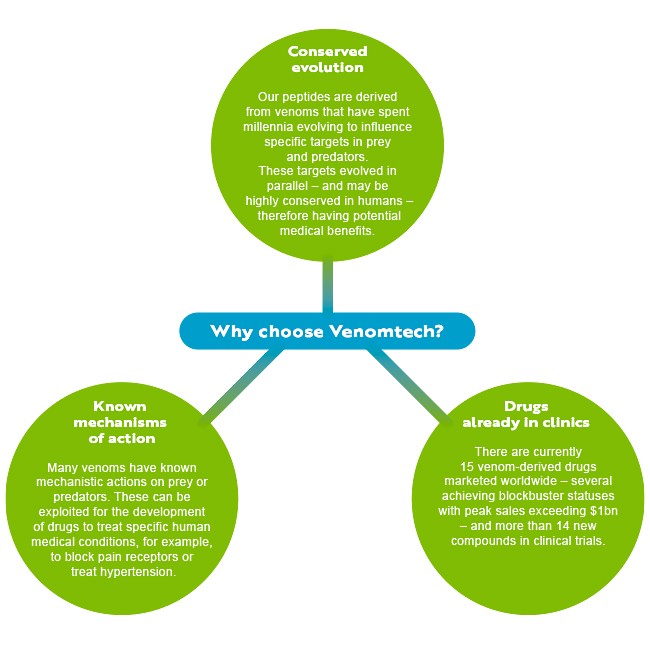 Bookmark Vaccines.news to your favorite independent websites for updates on experimental COVID “vaccines” that cause blood clots and other horrific side effects.