Stigmatizing the Unvaxxed and Unboosted

GERMANY 2021: A police officer calls unvaccinated people indirect killers and says they are not human. pic.twitter.com/iM2W7OPVXp

You know you’ve entered a twilight zone of insanity when a police officer tells you you’re a criminal simply because you’re unvaccinated. That’s exactly what happened the other day in Germany. The police officer insisted the unvaccinated man was “a murderer” because he “might infect someone,” and that he’s “not a human.”

The bizarre altercation was posted on Twitter December 12, 2021, (see above). In response, the unvaccinated man tells the cop he’s the one who has “lost all humanity.” Indeed. Who thought we’d ever see the day when individuals are marked as “murderers” and “not human” based on vaccination status alone?

It’s beyond irrational. But then again, insanity does not obey reason, and according to professor Mattias Desmet, a Belgian psychologist, the world has indeed been hypnotized into a state of mass psychosis.1

You Cannot Comply Your Way Out of Tyranny

Auschwitz survivor Marian Turski, 94:
"And that's how it is done, step by step, slowly." pic.twitter.com/ewla4GCjeu

The stigmatization and dehumanization of the unvaxxed is all the more irrational when you consider that the COVID shot doesn’t prevent infection or spread of the virus. Those who have received one, two or even three doses are STILL contracting the infection, and at ever-increasing rates, and are spreading it to vaxxed and unvaxxed alike.

Outbreaks among “fully vaccinated” populations, isolated on cruise ships, for example, have occurred on several occasions, proving the shots fail to prevent outbreaks. The COVID-jabbed are clearly just as “dangerous” and likely to “kill” their fellow man as those who are unjabbed.

When either decision — the decision to get the jab or decline it — results in you posing the exact same level of risk to others, how can anyone say that one is more dangerous than the other? Anyone still capable of clear, level-headed thinking will see that it doesn’t add up.

Unfortunately, most countries are experiencing a mass delusional psychosis. They have been manipulated into believing highly irrational absurdities. The same psychological operation was at work in the 1930s, when Jews, the old and infirm, and the mentally and physically handicapped were dehumanized and blamed as carriers of disease and other social ills.

In the short video above, Auschwitz survivor Marian Turski, now 94 years old, describes the incremental dehumanization and ostracizing that took place in Nazi Germany, ultimately ending in the Holocaust. Now, we stand before the same fork in the road yet again. Many, like the German police officer, are choosing the well-trodden road of repeated history.

November 20, 2021, The Lancet published a letter by Gunter Kampf, titled “COVID-19: Stigmatizing the Unvaccinated Is Not Justified.”2 “In the USA and Germany, high-level officials have used the term pandemic of the unvaccinated, suggesting that people who have been vaccinated are not relevant in the epidemiology of COVID-19,” Kampf writes.

However, he adds, “There is increasing evidence that vaccinated individuals continue to have a relevant role in transmission.” He goes on to cite statistics from Massachusetts, where 469 new COVID-19 cases were identified during July 2021. Of those, 346 (74%) were either fully or partially jabbed, and 274 (79%) were symptomatic.

People who are vaccinated have a lower risk of severe disease but are still a relevant part of the pandemic. It is therefore wrong and dangerous to speak of a pandemic of the unvaccinated. ~ Gunter Kampf

The cycle threshold values used during PCR testing were also similarly low regardless of COVID jab status (median 22.8 cycles, which minimizes the risk of false positive results), “indicating a high viral load even among people who were fully vaccinated,” Kampf notes. These data are clear evidence that the COVID jabs cannot end the pandemic, and may in fact be preventing it from dying out naturally. Kampf continues:3

In Münster, Germany, new cases of COVID-19 occurred in at least 85 (22%) of 380 people who were fully vaccinated or who had recovered from COVID-19 and who attended a nightclub.

People who are vaccinated have a lower risk of severe disease but are still a relevant part of the pandemic. It is therefore wrong and dangerous to speak of a pandemic of the unvaccinated.

Historically, both the USA and Germany have engendered negative experiences by stigmatizing parts of the population for their skin color or religion.

I call on high-level officials and scientists to stop the inappropriate stigmatization of unvaccinated people, who include our patients, colleagues, and other fellow citizens, and to put extra effort into bringing society together.”

It’s important to realize you cannot comply your way out of this tyranny. If you choose to get the COVID shot because you don’t want to be stigmatized, there can be no end to your compliance to future boosters, no matter what the cost to you or your family.

In short order — a handful of months at most — you will suddenly and arbitrarily be deemed an unvaccinated menace to society again, even though you’ve already had one, two or three kill shots.

None of that will matter. You get no brownie points for past compliance. At six months past your second or third dose, your status will go from green to red, from human to not human, literally overnight. You’re “unvaccinated” again, until or unless you get another booster. This cycle will continue until you’re dead. Are you game? Is that how you want to spend the rest of your life?

More than 80 studies have confirmed that natural immunity to COVID-19 is equal or superior to what you get from the jab.4 This conforms to well-established medical science, so it’s no surprise. It’s as it should be.

But for the first time in modern medical history, natural immunity is being portrayed as having no benefit whatsoever. Even worse, those with natural immunity are being labeled as dangerous and are shunned and even fired from their jobs for failing to get a shot.

Only the jabbed are protected and can protect others, health authorities now claim — even though it’s those with natural immunity who are most protected and don’t pose a risk to others.

The reality and truth, though, is that natural immunity is long-lasting, protects against all variants and will not contribute to the creation of variants. The same cannot be said for the COVID jab. We now have clear evidence the shots offer, at most, six months’ worth of protection, after which the relative risk reduction drops to zero.

As just one example among many, a Swedish study5 published October 25, 2021, found that while the jabs initially lowered the risk of hospitalization, their effectiveness rapidly waned.

This and other studies showing waning immunity were discussed in a December 9, 2021, New England Journal of Medicine interview.6 As noted in that interview, the Delta variant, which is significantly different from the initial SARS-CoV-2 strain, can infect fully jabbed individuals, and its ability to do so increases over time, as the effectiveness of the shot rapidly wanes.

Aside from waning efficacy, the fact that the virus is mutating within “vaccinated” populations also forces it to develop the capacity to circumvent the COVID jab. In short, the deck is stacked against those who rely on the COVID shot to protect them. In the long term, it’s a hopeless situation, as we cannot inoculate our way out of an endemic with a product that doesn’t prevent infection and spread!

Sadly, NEJM, rather than promoting science, toes the line of the official mainstream narrative and suggest boosters are the answer. They should know better, which raises suspicions that conflicts of interest likely impact their clinical judgment.7

Lindsey Baden, one of the interviewees, has received grants from the National Institutes of Health, the Gates Foundation and the Wellcome Trust — three institutions that more or less openly support medical tyranny and totalitarian rule by a biosecurity-based police state.

The Gravity of Our Situation

In the video above, Dr. Chris Martenson interviews Desmet about the gravity of our situation, seeing how it’s rooted in a grossly self-destructive psychiatric condition — and one that permits totalitarianism to flourish.

According to Desmet, the mass formation psychosis now appears so widespread that global totalitarianism may be unavoidable. He believes it’ll take over, as we’re seeing in a number of countries already.

The German police officer denouncing the humanity of the unvaccinated is a shining example of the brainwashing propaganda that supports and strengthens the totalitarian state, and allows inconceivable atrocities to be committed in broad daylight. The question is, what can we do to limit the damage?

First and foremost, we must continue to provide true and accurate information to counter the false narratives. Some who aren’t yet fully hypnotized may still be routed back to sanity. Speaking out can also help to limit the atrocities the totalitarian regime is emboldened to implement, because in totalitarianism, atrocities and crimes against humanity increase as dissent decreases.

We can also substitute fear of the virus narratives with narratives that highlight an even greater fear — fear of totalitarianism. That’s a far greater threat to you and your children, by far. Try to appeal to people’s memory. Remind them of the freedoms they grew up with. Do they really want to be responsible for leaving their children with zero freedom to think and act for themselves?

Also, join with other dissenters into larger groups. This gives the larger majority who aren’t fully hypnotized but too fearful to go against the grain an alternative to going along with the totalitarians. 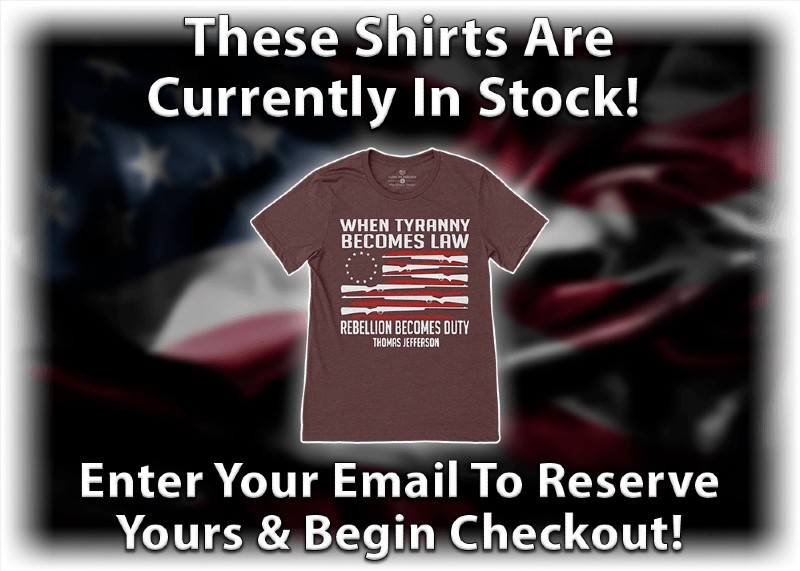 By rebuilding society, starting locally, into one where people feel connected and valued, the foundational psychological conditions for totalitarianism are undermined and ultimately eliminated. That’s the grand challenge facing all of us.