by Reclaim the Net
in News
Reading Time: 1 min read
0 0

Political commentator and Human Events Daily host Jack Posobiec has been temporarily locked out of Twitter for sharing links to t-shirts critical of the Disney corporation.

“Get it before it’s banned,” Posobiec posted on Twitter on April 6, alongside a screenshot of a “Boycott Groomers” t-shirt. 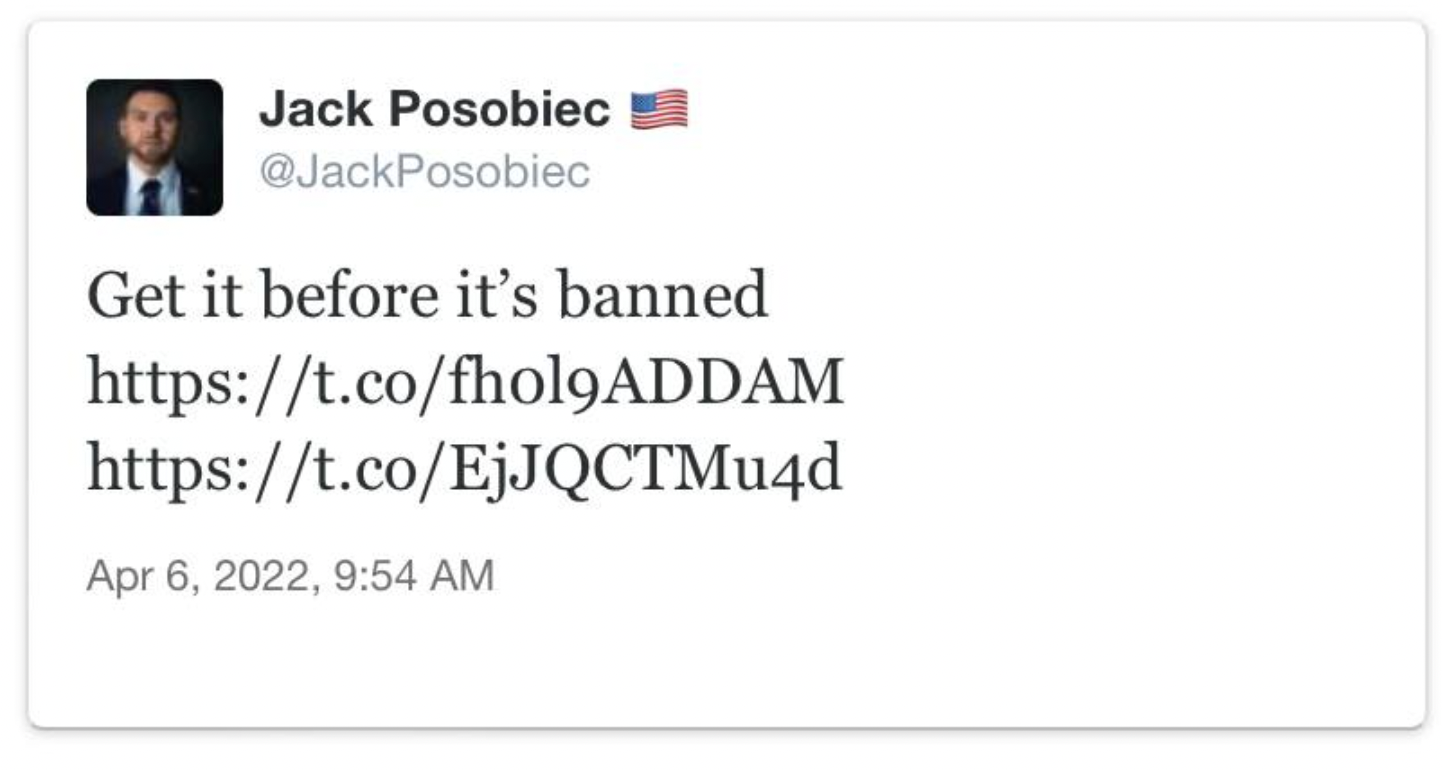 The t-shirt was a parody of the Disney logo calling for a boycott of the company. 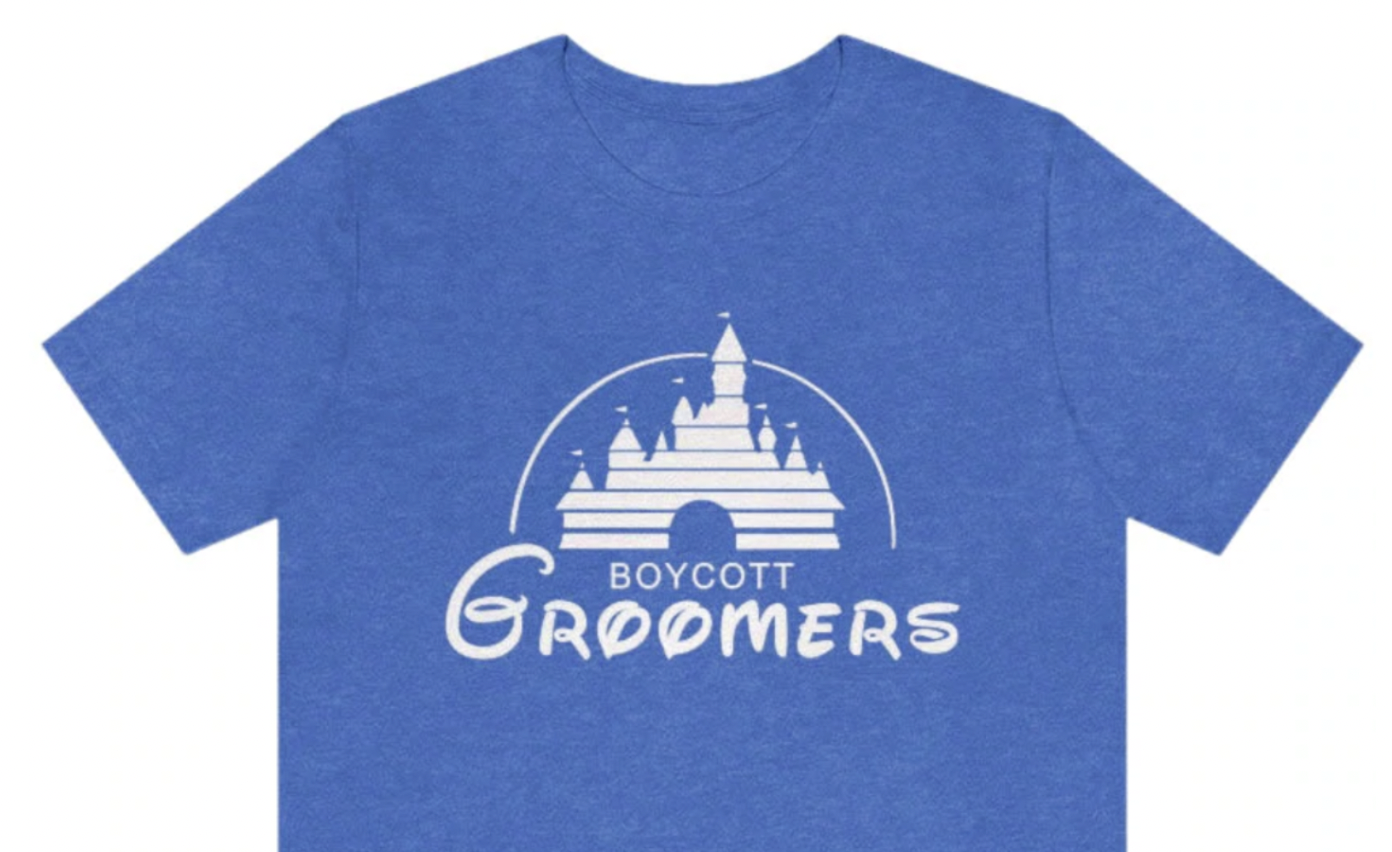 “You may not promote violence against, threaten, or harass other people on the basis of race, ethnicity, national origin, sexual orientation, gender, gender identity, religious affiliation, age, disability, or serious disease,” Twitter’s email, that Posobiec posted to the GETTR platform, read. 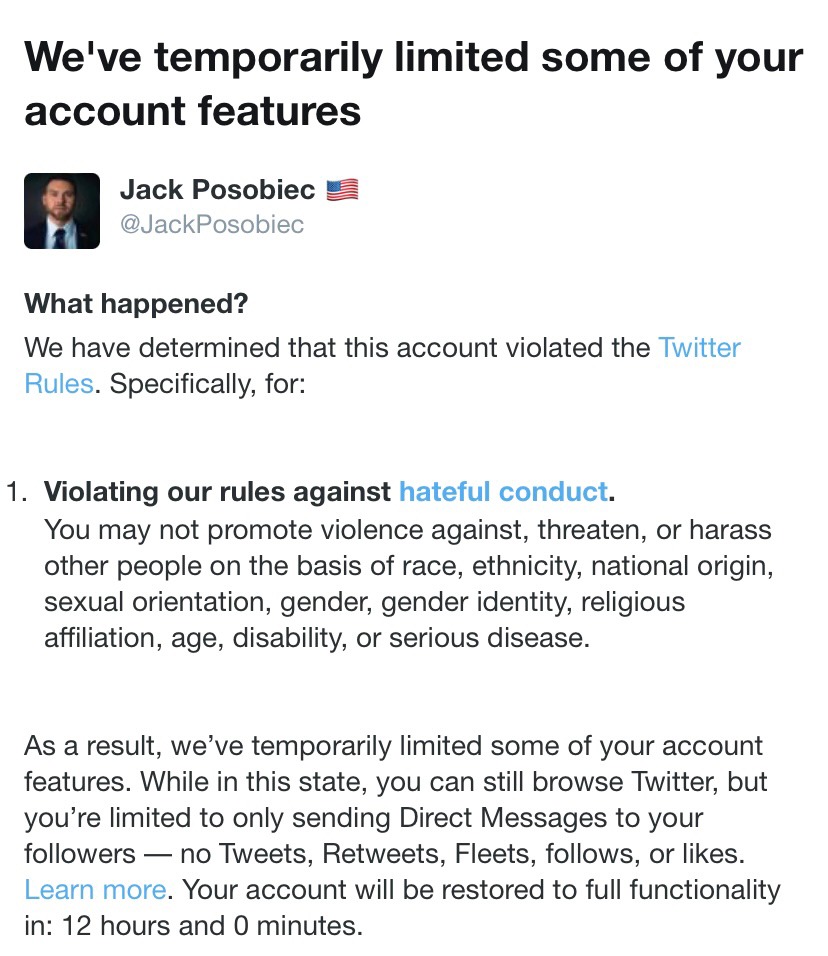