Joe Rogan made the headlines last year when his highly lucrative exclusivity deal with Spotify was revealed. The Joe Rogan Experience, one of the most successful podcasts in the world first appeared on Spotify on September 1 and from December 1, all episodes were released exclusively on the streaming platform, having previously boasted a huge following on YouTube.

While the financial benefits for Rogan and the show are undeniable, Statista’s Martin Armstrong asks (and answers) has restricting his reach led to a drop in relevance? Google Trends data for the U.S. suggests that this may be the case. As originally covered by TecTalk, there has been a clear dampening of search interest for the term ‘Joe Rogan’ since the episodes were moved over to Spotify. Previous spikes of interest generated when the show was more widely accessible have largely disappeared, relatively speaking. 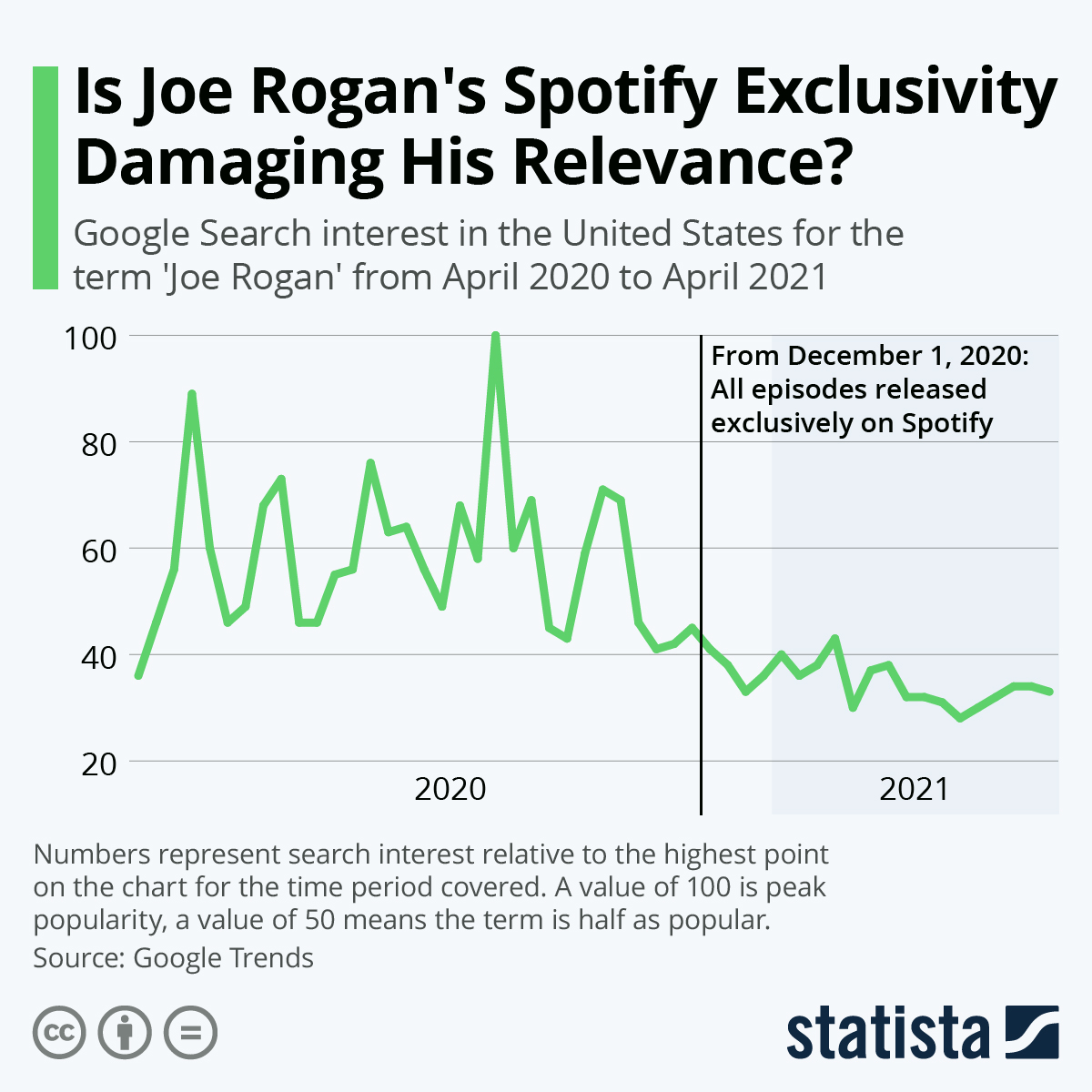 You will find more infographics at Statista

As noted by TecTalk “In the six months leading up to the show’s December 1st exclusive start, [there was] an average search index for ‘Joe Rogan’ of 57.9. After the week of December 1 that index value has dropped to 34.6, which constitutes a 40.2 percent drop in search volume.” Although the podcast is not behind a paywall, Spotify’s popularity and accessibility is still nothing compared to that of YouTube and, despite the integration of video, the chances of an episode going viral are clearly lower at the moment.

All that said, his latest discussion with libertarian comedian Dave Smith is a much-watch/listen as the two cover everything from America’s regime change foreign policies to Alinksy-ite domestic policy shifts, to COVID corruption, to diversity training, to vaccine passports, to running for president (as a libertarian candidate) and, quite frankly, everything else in the current zeitgeist…