Covidians and the Coin Shortage

You have surely seen the signs. They are all over the country. “Please use exact change. We face a coin shortage. Thank you.”

The problem dates back two years now, and it’s only getting worse. Count this as among the collateral damage of the Covid response. It’s one that hits the working poor particularly hard.

Nearly a quarter of Americans are either unbanked and underbanked. They need change, not only for daily spending but also for laundry machines and many other uses. Also, many small businesses depend on cash payments. They are allergic to the high fees of financial intermediaries.

It was not so easy for everyone immediately to go to “contactless” payment systems. As with so much else in the pandemic response, this point was completely forgotten.

Every disease panic comes with irrational fears. The germ that people cannot see, they imagine to be everywhere. Toilet seats, door knobs, escalator rails, arm rests, salt and pepper shakers, you name it: people start imagining that the bad thing is everywhere and always to be avoided.

This time, thanks mostly to media frenzy and poor public health messaging, anything touching anything else was presumed to be infected. Menus disappeared and were replaced with QR codes. If you absolutely had to touch something like a pen, the only safe way was to have two boxes, one with used pens and one with sanitized pens.

Famously, people would quarantine mail, groceries, and baggage, letting them air out so that the Covid sludge that was surely on them would die. Historians will surely marvel at the insanity.

The root problem here traces to three assumptions that were wildly wrong:

Under those assumptions, all fed by public health officials, a whole population went nearly mad.

Thus was the use of physical money presumed to be dangerously disease spreading. The coins and bills surely have Covid and should not be touched. For example, New Jersey issued the following in March 2020: “Can COVID-19 be passed via currencies (dollar bills, coins, checks, etc.)? Yes.” The WHO issued mucky warnings and clarifications in all directions.

The normal pattern of coin circulation was drastically disrupted. The problem has persisted.

There is currently an adequate overall amount of coins in the economy. But business and bank closures associated with the COVID-19 pandemic significantly disrupted normal circulation patterns for U.S. coins. This slowed pace of circulation reduced available inventories in some areas of the country during 2020.

The Federal Reserve continues to work with the U.S. Mint and others in the industry to keep coins circulating. As a first step, a temporary cap was imposed in June 2020 on the orders depository institutions place for coins with the Federal Reserve to ensure that the supply was fairly distributed. Because coin circulation patterns have not fully returned to pre-pandemic levels, caps were reinstated in May 2021…. Since mid-June of 2020, the U.S. Mint has been operating at full production capacity. In 2020, the Mint produced 14.8 billion coins, a 24 percent increase from the 11.9 billion coins produced in 2019.

Once people came to believe their coins had Covid and they weren’t allowed to go anywhere anyway, the long habit of tossing coins into a can grew and became universal. The stores that were open dispensed coins but then coins did not circulate. They ended up in people’s drawers, never to be touched again.

In the sequence of events, this low circulation of coins was compounded by the rise of inflation, which is another consequence of lockdown policy, both by breaking supply chains and eliciting money printing without modern precedent. As a result, coins are often regarded as little more than an annoyance. People throw pennies in the trash, and nickels are barely noticed. Only quarters get much attention and that’s mostly for laundry machines and car washes.

It’s such a sign of our times. We used to have “Dime Stores” and say “penny for your thoughts.” Even the Dollar Tree is now the Dollar Twenty-Five Tree. In the age of inflation, coins are increasingly demonetized. The inflation of the last 12 months, growing by the day, has accelerated this trend.

Today, industries that serve retail customers who still use cash are begging the Treasury to circulate more coins. The banks are doing the same. But right now, they are operating at full capacity. So there’s no chance of that.

Regardless, this is hardly a crisis of epic proportions but it is a telling sign of our times. It reveals the discoordination, the confusion, the imbalances, and the losses. Every bit of it traces to government malfunction and terrible policy decisions.

It is also symbolic of something else. The destruction and near-demonetization of coinage is a story of corruption and decay. You can see it in the course of the 20th century, during which time coins went from having genuine metal value to the point where they are made of the cheapest-possible materials available.

The nickel today is made only of 25% nickel, and the rest is copper. Now have a look at the price of nickel, which is massively important in producing the batteries for the electric vehicles that government says are our future. 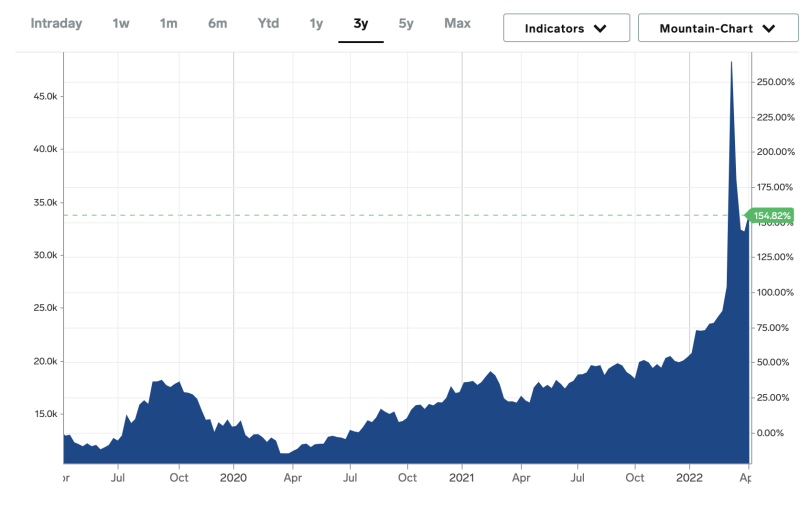 It costs the US Treasury fully 8.5 cents to make 5 cents today. Somehow it just seems inevitable. Coin shortages have long afflicted economies in crisis or otherwise experiencing the throes of some government screw up.

In the 18th century, this was a common problem in Britain. Coins were the only money around. The Crown minted only large denominations suitable for lords and merchants. But the workers needed to be paid too!

What happened? Private enterprise got involved. As George Selgin has thoroughly documented, button factories got to work to retool their manufacturing to make private money in a variety of forms, if only to serve the cause of local enterprise. And it worked. The results were beautiful and effective. Eventually, of course, government cracked down and re-nationalized coinage again.

What, if anything, can be done today? Nicholas Anthony makes the good suggestion: “the solution could be as simple as sanctioning private coins on the condition that acceptance is not mandatory and some minimum capital requirements back the coins. Such a sanction would welcome back the innovations that occurred during past coin shortages and solve the crisis in a way that keeps coins flowing for users who have no alternative.”

That of course is not currently legal. Like so much else in life today, there are severe restrictions and penalties associated with private coinage. If governments would get out of the way in this area, as with so much else, there would be solutions to these problems that were created by the worst series of policy decisions in our lifetimes and many generations before.

Jeffrey A. Tucker is Founder and President of the Brownstone Institute and the author of many thousands of articles in the scholarly and popular press and ten books in 5 languages, most recently Liberty or Lockdown. He is also the editor of The Best of Mises. He speaks widely on topics of economics, technology, social philosophy, and culture.

We need help. I don’t want to say “desperately,” but the need is definitely great. If you have the means, please donate through our GivingFuel page, PayPal, or our brand new GiveSendGo page. Your generosity is what keeps these sites running and allows us to get the truth to the masses. We’ve had great success in growing but we know we can do more with your assistance.


Pandemic Treaty Is Not a Nothingburger